How does today's technology negatively impact the youth of today? 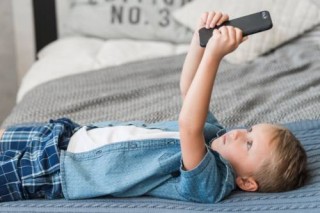 As technology surpasses itself and becomes more advanced, it makes everyday life easier which opens up more educational pathways. Technology has become more advanced and we find today that we're able to distract ourselves from the hardships of life, yet ended up distracting ourselves from life altogether. These distractions affect adults, adolescents, and even children.

Technology has affected adolescents the most, and it has done so in so many ways as described below.

The link between the deterioration of teenagers social skills

Teens haven't always been the most sociable of people, however as technology evolves, they become even more attached to their homes. Games console, movies, TV shows, and even mobile phones distract them from real life. Fantasy tends to portray life as bland, not interesting enough to leave their homes. Social media connects people worldwide, adding to the feeling of never needing to leave homes to socialise.

It's common that the younger generations, tend to consume more unhealthy snacks and drinks whilst using technologies, such as games consoles or even watching TV. This is likely due to the fact that food products such as crisps and chocolate etc are quicker and cheaper to eat. This in turn means they can return to their distractions far quicker, rather than cooking wholesome meals.

A large proportion of the younger generation don't leave their homes due to being easily distracted by the technology we develop. They engage in physical activities far less than they should including exercise, sports, or any other activities that keep the body healthy. Some may even disrupt their sleep schedules due to being distracted. Teenagers can easily lose track of time and often don't realise,  it's time to sleep. Blue light that's emitted from LED screens also contributes to sleep deprivation.

Unacceptable and bad behaviour in teenagers due to technology 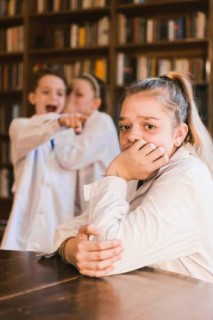 Young people are still growing and learning, so they will use the skills they acquire, occasionally from bad influences. This includes behaviors that are not acceptable, negative influences that are often seen in the media, such as TV shows and violent movies. Unacceptable behavior usually comes in the form of:

How technology can increase vulnerability in teenagers

The technology that people use today gives them direct access to the internet, which can be a useful tool, however, at the same time, it can put them in danger. As an example, teenagers use social media excessively, meaning that they publish their personal information online. This puts them at higher risk because their information is placed into the hands of individuals who might want to cause them harm.