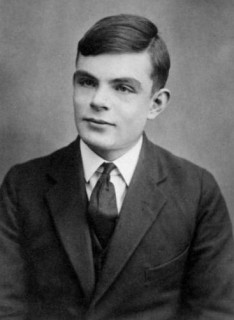 The SysFix team would like to acknowledge, the scientist and World War Two code breaker, Alan Turing he has been named "The Greatest Person of the 20th Century" in BBC Two's, Icons Series.

Turing worked to crack the Nazis Enigma Code during World War Two which shortened the war and lessened the number of lives lost. During his lifetime, he was persecuted because of his sexuality, which led to him taking his own life after being chemically castrated. Not only a ground-breaking Scientist and mathematician but young gay man that lived through one of the most difficult times in history, where homosexual men and women were persecuted for being who they were.

He has widely been considered the father of Computer Science and Artificial Intelligence. A true tragedy and loss of a brilliant mind.

His gift to us, Our Future.