​When the word "Croydon" is mentioned, most of us think back to the riots of 2011 or perhaps it's reputation for being an undesirable area to live in however recently, things in Croydon seem to be changing for the better.

Croydon is set to host it's third Gay Pride event which takes place on Saturday the 14th July. The event will start around 12:30pm with the parade kicking off at 1:30pm heading along North end, through central Croydon and finishing around the mail festival area on Surrey Street. The festival will close at 10pm after which several bars will host after parties.

Over the past few years, Croydon has also secured funding for a city centre regeneration program, Morello have transformed the area around East Croydon station by building a 54 storey residential tower, a hotel, 6000 Sq m of offices, a retail and community space and enhancements around the station. Equally, the One Landsdown development has provided a stunning tower of 69 storeys with 917 apartments, Ruskin square is in development with a new retail complex named "Boxpark" and the announcement of a new Westfield shopping centre in the heart of the high street means Croydon is set to become even more desirable and presumably house prices are set to increase in the area.

SysFix is an IT Support business which provides IT support to local businesses in the form of ongoing IT support contracts and hosted services. Paul Stanbra, the director commented;

When I first moved to Croydon in 2012, It was quite a culture shock having previously lived in the heart of Notting Hill. In the 6 years I've lived and worked here, I can only see positive changes to the area and the introduction of a Gay Pride event is another step in the right direction for the community and represents a change in the mindset of local people. Croydon does not presently have any LGBT retail or entertainment outlets so I think it will be quite interesting to see the outcome of the first event.

I wish everyone involved and everyone who visits a great day! 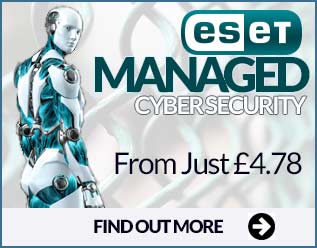